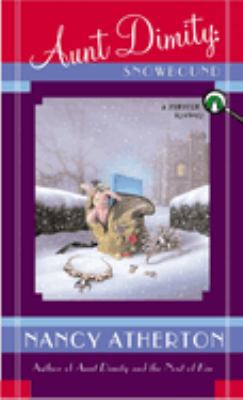 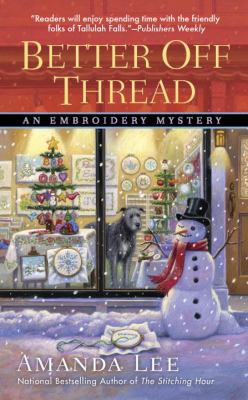 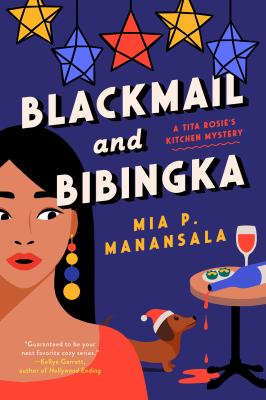 It's Christmastime in Shady Palms, but things are far from jolly for Lila Macapagal. Sure, her new business, The Brew-ha Cafe, is looking to turn a profit in its first year. And yes, she's taken the first step in a new romance with her good friend, Jae Park. But her cousin Ronnie is back in town after ghosting the family fifteen years ago, claiming that his recent purchase of a local winery shows that he's back on his feet and ready to give back to the Shady Palms community. Tita Rosie is thrilled with the return of her prodigal son, but Lila knows that wherever Ronnie goes, trouble follows. She's soon proven right when Ronnie is accused of murder, and secrets and rumors surrounding her shady cousin and those involved with the winery start piling up. Now Lila has to put away years of resentment and distrust to prove her cousin's innocence. He may be a jerk, but he's still family. And there's no way her flesh and blood could actually be a murderer...right? 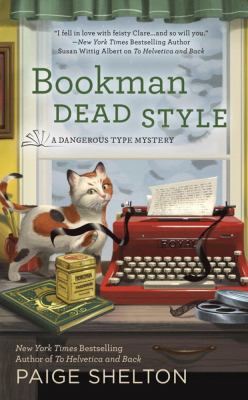 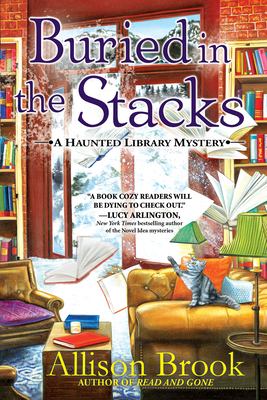 Buried in the stacks

"In winter, the Haunted Library is a refuge for homeless townspeople. When a group purchases a vacant house to establish a daytime haven for the homeless, Carrie offers the library as a meeting place for the Haven House committee but quickly learns that it may be used for illegal activities...[Then, Carrie's cantankerous colleague] Dorothy is murdered--run off the road as soon as she returns to work [after being hospitalized after a fall]. Evelyn, [the library's resident ghost] implores Carrie to find her niece's killer, but that's no easy task: Dorothy had made a hobby of blackmailing her neighbors and colleagues. Carrie, Evelyn, and Smoky Joe the cat are on the case..."-- P. [2] of jacket. 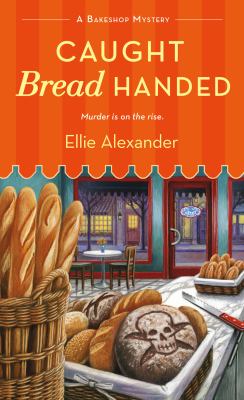 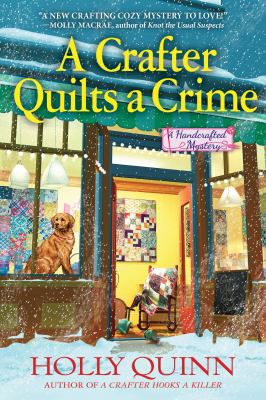 A crafter quilts a crime

To boost customer traffic at Community Craft's one-night-only sale, Sammy Kane persuades a few of the craftspeople who sell their wares at the store to participate in a live mannequin window display contest. Local quilter Wanda Wadsworth emerges as a favorite to win the contest, as she manages to not move a muscle for an unusual amount of time. When the eagle-eyed spectators realize Wanda isn't breathing, a blanket of grief and fear descends upon the wintry town. Fortunately, Sammy's cousin Heidi and her sister Ellie are on hand to reconvene their detective team, S.H.E. They set out to solve Wanda's untimely death before the case grows as icy as a sub-zero Wisconsin winter. 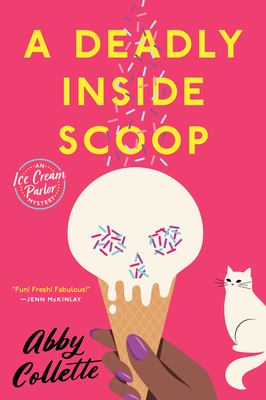 A deadly inside scoop

Bronwyn Crewse has just taken over her family's ice cream shop in Chagrin Falls, Ohio, and she's going back to basics. Wyn is renovating Crewse Creamery to restore its former glory, and filling the menu with delicious, homemade ice cream flavors--many from her grandmother's original recipes. But unexpected construction delays mean she misses the summer season. To make matters worse, Wyn finds a body in the snow, and it turns out the dead man was a grifter with an old feud with the Crewse family. Soon, Wyn's father is implicated in his death. It's not easy to juggle a new-to-her business while solving a crime, but Wyn is determined to do it. 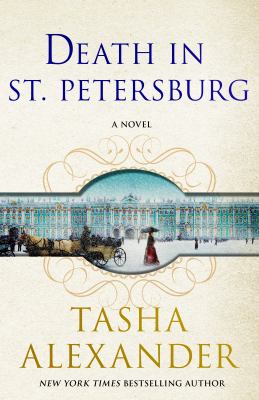 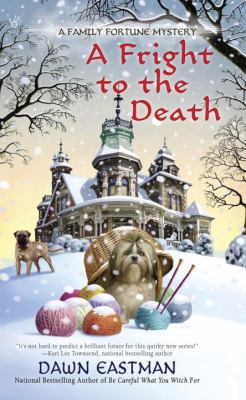 A fright to the death 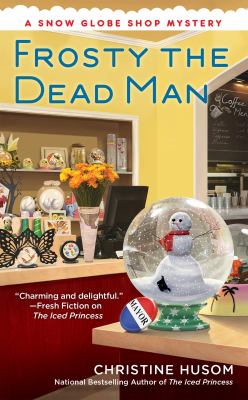 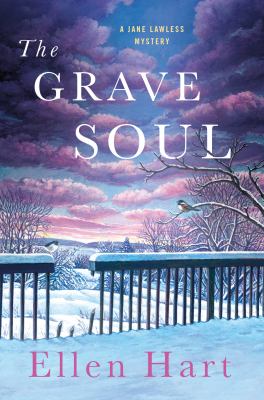 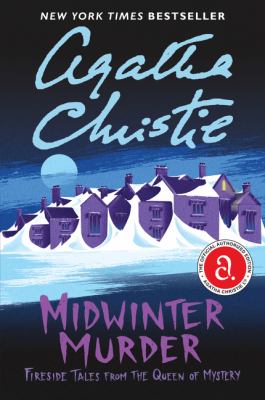 Midwinter murder : fireside tales from the queen of mystery

An all-new collection of winter-themed stories from the Queen of Mystery, just in time for the holidays--including the original version of "Christmas Adventure," never before released in the United States! There's a chill in the air and the days are growing shorter . . . It's the perfect time to curl up in front of a crackling fire with these wintry whodunits from the legendary Agatha Christie. But beware of deadly snowdrifts and dangerous gifts, poisoned meals and mysterious guests. This chilling compendium of short stories--some featuring beloved detectives Hercule Poirot and Miss Marple--is an essential omnibus for Christie fans and the perfect holiday gift for mystery lovers. 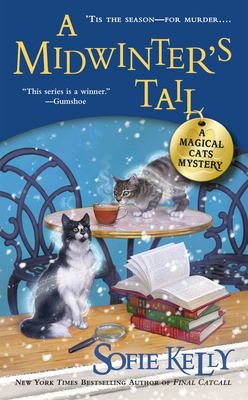 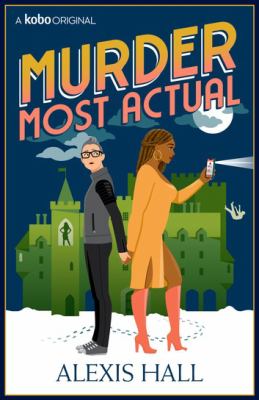 From the author of Boyfriend Material and Rosaline Palmer Takes the Cake comes a cozy mystery that revisits the Golden Age of detective fiction, starring a heroine who's more podcaster than private eye and topped with a lethal dose of parody—perfect for fans of Clue , Knives Out , and Only Murders in the Building ! When up-and-coming true crime podcaster Liza and her corporate financier wife Hanna head to a luxurious hotel in the Scottish Highlands, they're hoping for a chance to rekindle their marriage—not to find themselves trapped in the middle of an Agatha Christie-esque murder mystery with no way home. But who better to take on the case than someone whose entire profession relies on an obsession with all things mysterious and macabre? Though some of her fellow guests may consider her an interfering new media hack, Liza knows a thing or two about crime and—despite Hanna's preference for waiting out the chaos behind a locked door—might be the only one capable of discovering the killer. As the bodies rack up and the stakes rise, can they save their marriage—and their lives? 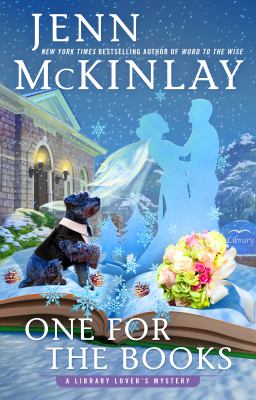 One for the books

Love is in the air in Briar Creek as library director Lindsey Norris and boat captain Mike "Sully" Sullivan are finally tying the knot. When Lindsey and her crafternoon pals head out to Bell Island to see if it can accommodate the ever-expanding guest list, they are horrified to discover a body washed up on the rocky shore. When it becomes clear the man was murdered, Lindsey can't help but wonder if it had to do with the wedding. Now she has to book it to solve the mystery before it ends her happily ever after before it's even begun. 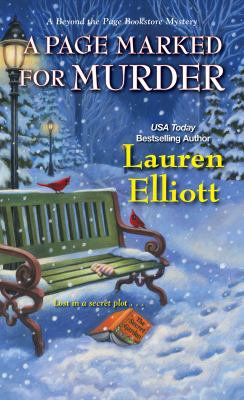 A page marked for murder

January isn't the season for the seaside, but the big Fire and Ice festival is keeping bookstore owner Addie busy. Amid the plans for a fireworks display and an ice-carving competition, she's also dog sitting for a friend in the hospital. When Addie goes to her friend's house to gather supplies, she notices an interesting item on the nightstand: a very valuable copy of the children's book The Secret Garden. But Addie's blood runs cold when she finds a dead body behind the bakery next door to her shop. Is there a connection between the body and the treasured tome? If there is, it's up to Addie to find a killer with a motive as hidden as Frances Hodgson Burnett's famous garden... 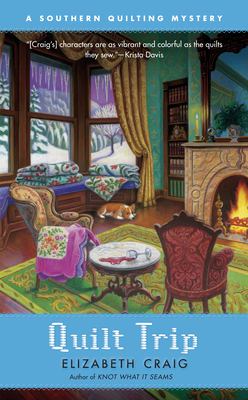 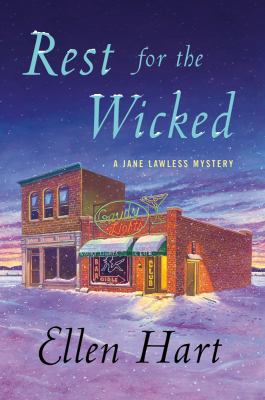 Rest for the wicked